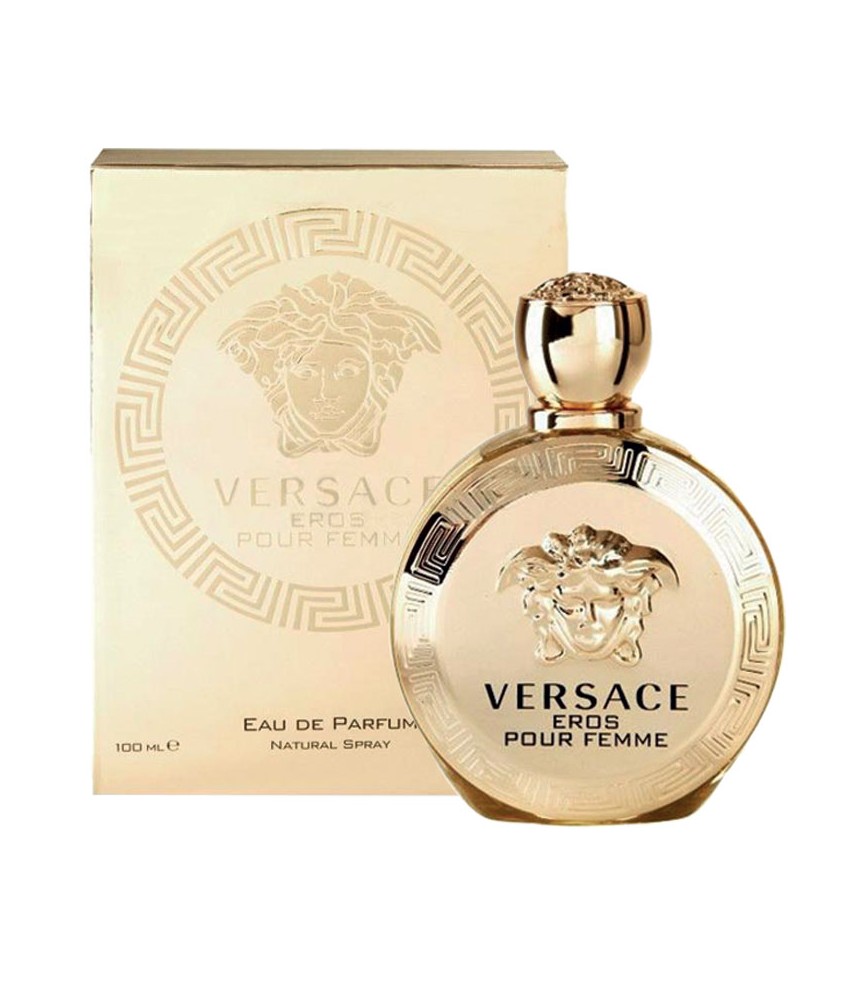 Versace is launching the new fragrance for women as an addition to the popular men’s edition Eros from 2012. Versace Eros Pour Femme arrives on shelves of perfumeries in Italy in December 2014 as the fragrant seductress of the God of love—Eros. The women’s fragrance in a glamorous gold color flacon is signed by perfumers of the Firmenich company Alberto Morillas, Olivier Cresp and Nathalie Lorson who worked together on creating the new composition.

"Eros is God of love and the goal of Eros Pour Femme campaign was to present that Eros was seduced and to suggest the strength of a woman," stated Donatella Versace, who added that photos for the campaign were taken in Pinewood studio in London in water reservoirs where the James Bond movies were filmed. The campaign is signed by photographers Mert Alas and Marcus Piggott. The faces of the campaign are Brian Shimansky, known as advertising face of Eros and Lara Stone, advertising face of Eros Pour Femme who comes out of the water in a white dress and golden gladiator sandals!

The composition of the new perfume for women Eros Pour Femme opens with Sicilian lemon, Calabrian bergamot and pomegranate accords, with a heart of lemon, sambac jasmine absolute, jasmine infusion and peony. The base incorporates sandalwood, ambrox, musk and various woody notes.

The fragrance bottle Eros Pour Femme is rounded and embellished with a prominent relief Medusa symbol on the central part of bottle and the stopper, as well as with a typical Greek motif on the edges. It is made of glass and embellished with metallic golden details and cap. Instead of a box, the bottle will be packed in a small case which opens on the sides. The fragrance will be available as 30ml, 50ml and 100 ml EDP. The fragrance will first be launched in Italy in December 2014, and in 2015 in Europe and worldwide