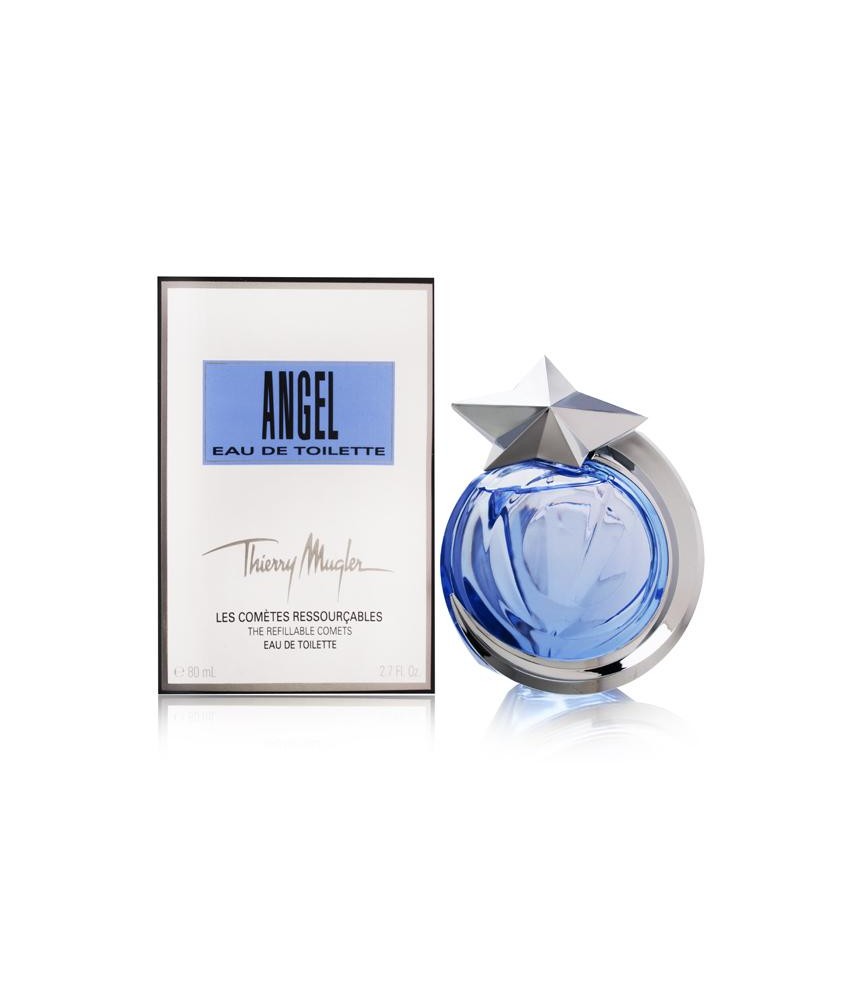 Thierry Mugler presents Angel Eau de Toilette in 2011, the new, modern version of the famous original Angel from 1992. The new fragrance comes in a bottle designed as a comet, symbolizing eternal renewal, and is made so that it simultaneously exudes freshness, innocence and sensuality expressed with deep oriental-gourmand components. It was developed by perfumer Amandine Marie.

The composition is described as an oriental - gourmand - powdery, developing in "waves" as a “whirlwind of desires”. The fragrance opens with heavenly fresh wave of bergamot and pink pepper, which is slowly replaced by delightful wave of praline and dewy red fruits. Voluptuous wave brings notes of patchouli, cedar wood, vanilla and white musk.

The new face of the Angel campaign, as well as of the new Angel Eau de Toilette, is Eva Mendes.

Angel Eau de Toilette is available in bottles of 40 and 80 ml. The nose behind this fragrance is Amandine Clerc-Marie.