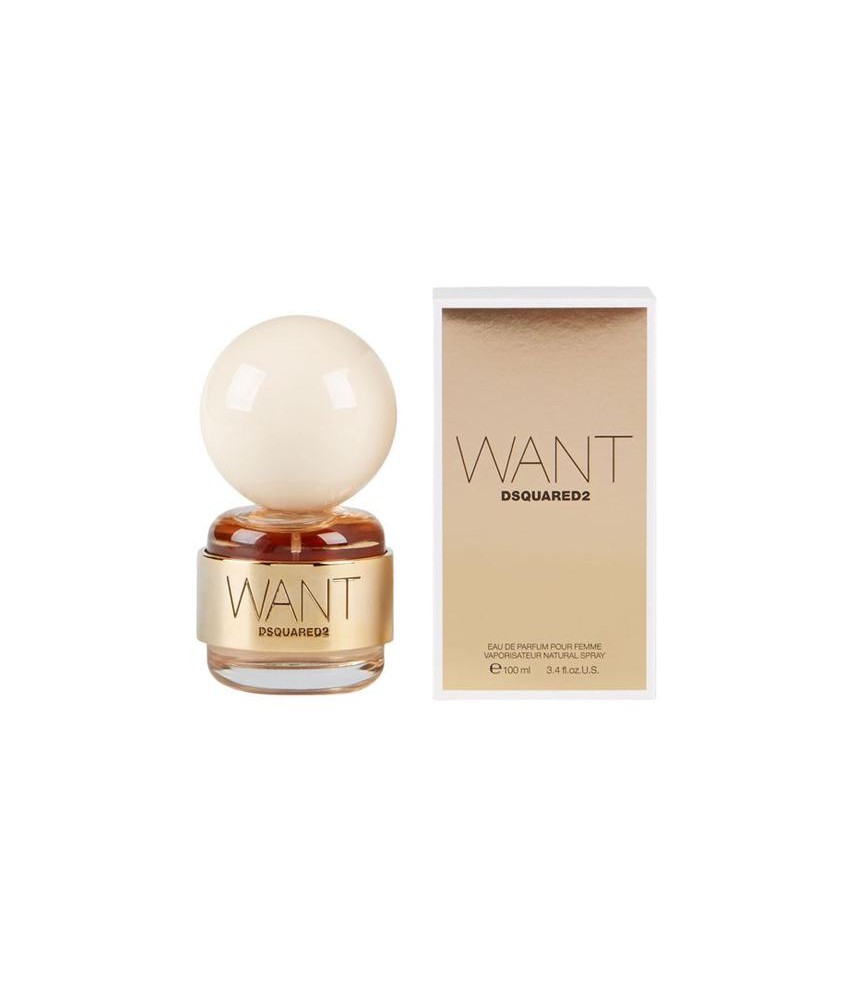 In September 2015 new fragrance by the house of DSquared2 which opens a brand new chapter of this fashion brand’s collection hits the shelves. The fragrance was created for women and ‘has nothing to do with men’s fragrance we created in the past’ – says Dan, suggesting previous fragrant pairs launch. The new edition for women will not be paired with a version for men. ‘Our girl has always been self-confident’ – adds Dan, and says that many fragrance campaigns were created to highlight and idealize women’s beauty, but Caten brothers realize that not every girl is a "girly girl".

The new fragrance DSQUARED2 WANT is supposed to arrive in 9000 stores by spring, for the beginning in Europe, Middle East and Russia, while it arrives in Asia and Latin America in the first half of 2016.

The fragrance was constructed as oriental-floral and was composed by Aurélien Guichard of Givaudan. The fragrance opens with chords of mandarin, ginger and pink pepper, followed by Damascus rose, heliotrope and neroli. The base is created of Madagascar vanilla, vanilla absolute and violet wood.

DSQUARED2 WANT arrives as 30, 50 and 100ml Eau de Parfum. The collection will be expanded with 200 ml body bath, 200 ml body lotion and 100 ml spray deodorant. The nose behind this fragrance is Aurelien Guichard.