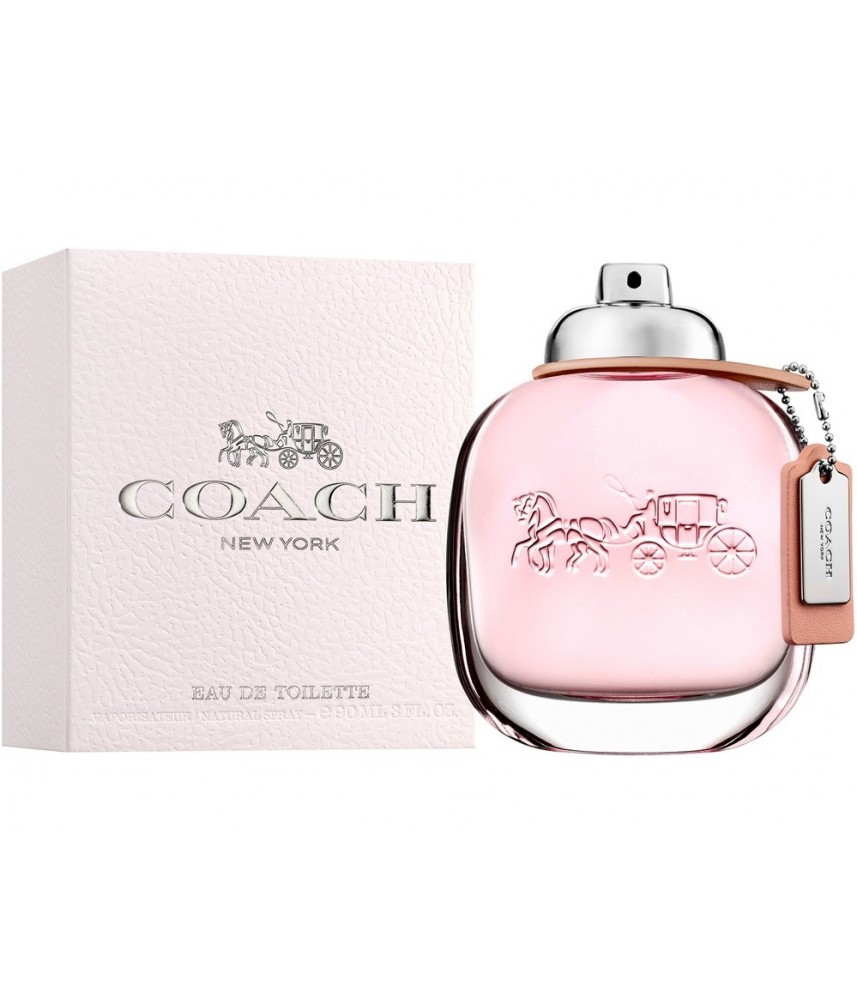 Coach Eau de Toilette is announced as the ultimate accessory and the embodiment of the values and heritage of this iconic American brand, rooted in the cool and urban atmosphere of New York. It is said to be an energetic, sensual fragrance that symbolizes the decisive, modern and independent woman, giving them a modern classic.

The Eau de Toilette version of the new fragrance is developed by perfumers Nathalie Gracia-Cetto and Sonia Constant, allegedly inspired by the spontaneous energy and urban style of downtown New York. The fragrance is described as a floral - green composition full of contrasts, starting with pear, mandarin oil and pink grapefruit, developing with a heart of elegant white Alba rose, Bulgarian rose and Sambac jasmine, and ending with a base of white cedar, musk, sandalwood and oak moss.

The bottle has the same form as the Eau de Parfum edition, except that instead of beige it is colored in soft pink with silver accents. The signature details of Coach design are also here, like a leather tag that hangs from the side and the horse and carriage emblem engraved in the glass of the bottle.

Actress Chloe Grace Moretz represents an all-American girl as the face of the new fragrance campaign, shot by Steven Meisel. The fragrance is available as a 30, 50 and 100 ml Eau de Toilette.